Why are Singaporeans unhappy?

The signs are all there, from official surveys to not giving up seats to the increasingly frequent public quarrels - Singaporeans are really unhappy. Foreigners like Charlotte Ashton often wonder why is there so much bitterness when we have cheap and good food, accessibility and relative wealth as compared to our neighbouring poverty-stricken Southeast Asian countries. Like the foreigners who do not live among Singaporeans, the PAP government is curious too. None of them have any idea why Singaporeans are so unhappy, but they can feel the vibes and hear it from Singaporeans everywhere.

Being a really unhappy Singaporean myself, my only gripe is simply inequality. Inequality in every sense, every configuration of the Singapore's system and every corner of Singapore society. From economists indicators like the Gini Coefficients to a little stroll down Orchard Road, inequality has become an epidemic in Singapore. 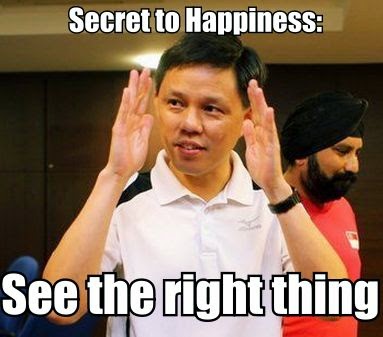 The PAP government is having a hard time trying to cover up the gross inequality in Singapore. Recently, the Minister for Social Development, former army chief Chan Chun Sing, denied the call for a poverty line. Having a poverty line will deny help to some of the needy who fall out of the poverty line, he claimed. The true reason for not having a poverty line is of course to mask up the fact that the number is going to be astonishing. According to the National University of Singapore, a person is in poverty if he earns less than half of the median income of more than $3000*. Couple this finding with the report by CPF, more than 26% of the Singapore citizens and PRs are earning below the poverty line. There are a few discrepancies found in the government statistics that clearly shows signs of cover up:

Obviously, someone in the government does not want Singaporeans to know how many poor people there are and how poor Singaporeans really are relative to their counterparts overseas. In another lacklustre attempt to cover up poverty, Minister Chan Chun Sing claims that every needy reported in the media has been followed up by his ministry. It makes us wonders what about those not reported in the media and whether if the media has been on his Social Development Ministry's payroll to find and report extreme poverty cases.

So is income inequality the only grapevine behind unhappiness? No of course not. We have the National Service system where new citizens are exempted even when they are young and able-bodied. We have employers who openly discriminate Singaporeans and especially those with NS duties. We have also an unreliable and expensive retirement and healthcare system that is sure to bankrupts you either during retirement or in times of major illnesses. We have the longest working hours in the world, but there is no social mobility and decent wages to fulfil the much-acclaimed Meritocracy that hard work pays. We have the Ministry of Manpower who tells Singaporeans they do not qualify under the Employment Act and hence not protected from employment abuses just because they earn above $2500. We have cheap labor, but we also have ghost labor who work long hours at meagre salaries and are not recognized under government statistics. We have local universities who prefer giving scholarships to foreigners who cannot string together a coherent English sentence than Singaporeans just because the latter comes from a Polytechnic. We have a dysfunctioning electoral system called the GRC, which resulted a 40% Opposition representation becoming a 10% Opposition presence in Parliament and having a Parliament of MPs that propose policies that Singaporeans reject. We have a Prime Minister who believe billion dollar projects like Project Jewel is more important than healthcare and if Singaporeans want more healthcare subsidies, they have better pay for more premiums. Oh and if you complain about the PAP government, prepare to face defamation suits by either the PAP politicians or the Attorney General. Protest and go to jail. There is no tolerance for dissent. To sum it up, there is little or no incentive being a Singaporean. How can a person in the right consciousness knowing all these inequality be happy?

Like all dictatorship, the PAP often resorts to propaganda and using simplistic but misleading info-graphics to convince Singaporeans to serve the country's greater purpose. One such example is Government-linked Temasek Holdings-owned Starhub, which have spent millions in advertisements attempting to discount the credibility of the Gallup findings. Watch this and be happy:

Posted by Cheated Singaporean at 12:23