Temporary assignments offer exposure to varied workloads, systems and industries, opportunity to expand skills base, make new contacts, work-life balance and higher compensation package. If all these sounds too good to be true, it probably is. State propagandist ChannelNewsAsia have sidelined as a mouthpiece for Singapore employers sugar coating and over-exaggerating the traditionally dreaded contract employment. 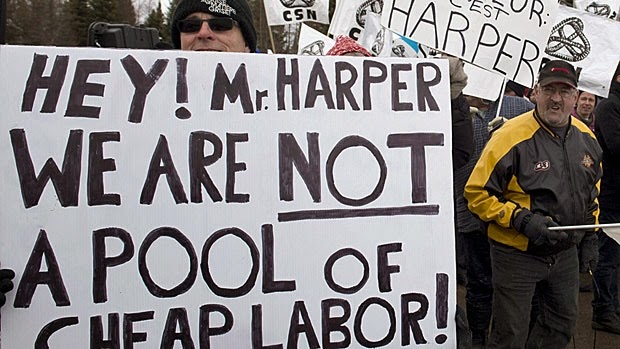 It is a no-brainer why people are avoiding contract jobs. The instability, lack of entitlements and lack of employment protection is good enough a deterrent for any serious job seekers who believe in carving out a career for themselves. From the employer's perspective, contract employees are expendable, cheap and out of their care and concern. When there is going to be a downsize, contract employees will be the first to go, no matter how many years of contract they have signed and resigned with the company. Singapore's leading unofficial union leader, Gilbert Goh, often receive letters of contract employees who were unfairly dismissed, like this 36 year old mother. Just read a few articles in his website and we can easily tell that employment protection laws are non-existent.

The only reason why the mainstream media like CNA has to sugar coat contract jobs featuring a job agency's advertising comment is because everyone is avoiding contract jobs like plague. Employers dangle these contracts on exploitative terms because they know unemployment rate is very high from the influx of foreigners. The increased in population has resulted in more foreigner applicants than Singaporeans for every job offered. With such aplenty labour abound in the market, employers are in no hurry to increase their manpower. Besides, where is the NTUC amidst all these promotion of contract jobs? Shouldn't the input of the only legalized workers' union be sought after in order to present a balanced and independent reporting the mainstream media often acclaim themselves to be?

Employers in Singapore are often spoilt by the PAP government. Through their trade associations, they pressure the Government to ease foreign worker quota and reduce levies. The 6.9 million population White Paper, the Wage Credit Scheme and the number of tax breaks are all evidence of the PAP government bending forward for these employers. Unlike the PAP under former Prime Minister Goh Chok Tong, the current PAP administration believe low unemployment is the key to their performance, not high wages or a quality living standard. It is unlikely Prime Minister Lee Hsien Loong will deviate from his current strategy of promoting an employee-unfriendly environment to risk having a high unemployment rate.
Posted by Cheated Singaporean at 13:56