3 reasons why Singaporeans can never save enough CPF

Currently, we have more than 55% of the CPF account holders not able to meet the Minimum Sum. For Singaporeans who are not comfortable with numbers, you can simply have a little walk down the streets and look at the abject poverty happening live. Some of them could be working as cleaners, while the unfortunate ones will be picking cardboards or cans from bins to bins. It is clear most of these poor people are old people who are well above their CPF Withdrawal Age of 55, which begs the question: What happened to the CPF system? 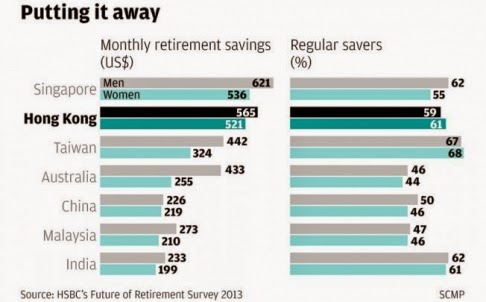 For the reasons why CPF funds for most Singaporeans is inadequate, Singaporeans please do not bash yourselves for not saving enough (in fact we are among the world's highest savers). The PAP may try to quash your ego claiming you are worse off than the foreigners they brought in, the fact is they are pretty good at bullshit.

Here are the 3 real reasons why:

1) "Liberation" of CPF funds to use for housing
Take a look at this chart of the housing price index from the late 1980s. 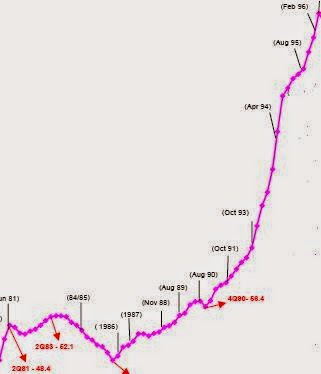 In 1989, the CPF was "liberated" to allow Singaporeans to use its Ordinary Account to purchase a HDB flat. This easy credit resulted in a surge in HDB prices and has since never came down. The artificial hyperinflation of the HDB prices resulted in more Singaporeans having lesser in their CPF for retirement. And so, this is what happened to the CPF first.

CPF interest rate has been depressed at 2.5% ever since the Lee Hsien Loong and Ho Ching combo came into effect. With inflation rate outpacing CPF interest rate, Singaporeans naturally will not be able to have sufficient funding for both the overpriced housing and retirement.

3) SSGS
SSGS are called "Special Singapore Government Securities". What made them special? Well they are cheap loans (at 2.5% and 4%) given exclusively only to Temasek Holdings and the GIC.

How awesome is 2.5% and 4%? Just imagine if your university education loan is at 2.5%, or your car loan and mortgage loan permanently stuck at 2.5%. Mature adults servicing these loans will know how many thousands in savings you will have in a year.

Why did the PAP Government appoint Temasek Holdings and GIC as the sole fund management companies? The answer is political, and hence the problem is political. It is so politically sensitive I may be haul up to jail or face a letter from Drew & Napier on the very next day if I dare publish this.

Posted by Cheated Singaporean at 21:59