$450 a month after 50% subsidies. That is too much a cost for some financially-strapped Singaporean patients with kidney failure, and their alternative? Suicide. 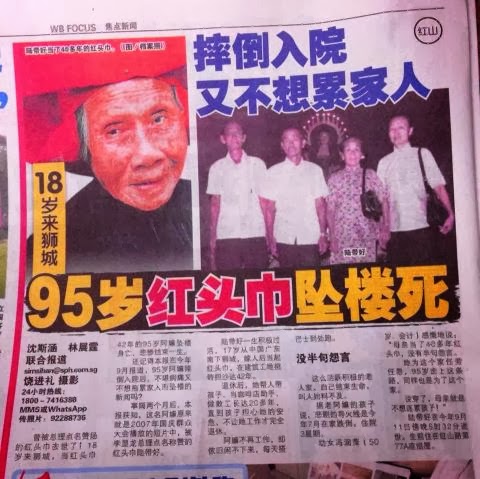 Being a country with one of the highest suicide rate in the world, many Singaporean patients are looking at death as an alternative to avoid the high cost of medical treatment in Singapore. Just 3 months ago, a 95 year old samsui woman jumped off her 4 room HDB flat after knowing she has to be hospitalized for over 3 weeks resulting from a fall. Samsui women were construction workers during Singapore's early development days and they are highly regarded by Singaporeans for their contributions. Unfortunately, the PAP government do not recognize such senior citizens for their contributions.

Singaporean patients who require financial aid can admit into the government class C wards, regardless of age. However, a night's stay in the 9 bedded class C ward costs at least $35 a day after subsidies. A 3 weeks' hospitalization cost for the 95 year old could have easily cost over $700. Unlike most developed countries, Singapore do not have pension payout nor free healthcare for its elderly citizens. The average retiree in Singapore receives about $260 a month under the new CPF Life scheme. The inadequacy of the CPF payment system and the absence of a free healthcare system naturally created a myriad of problems relating to healthcare and retirement for Singaporeans who may have spent their entire life working. To top it all, this samsui woman is not an isolated case. In the same year, a 31 year old single mother pushed her paralysed 9 year old son out of her window as she could no longer afford the cost of healthcare and living. 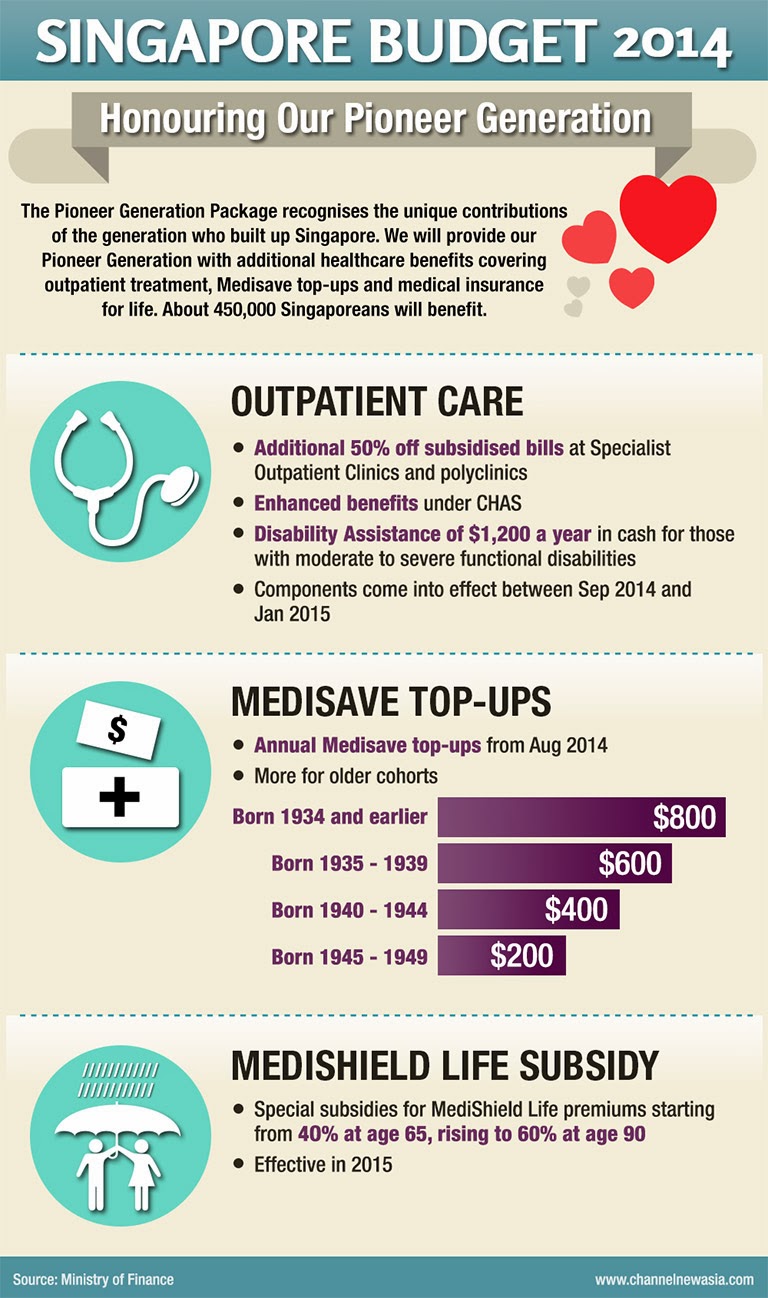 In the recent Budget, the PAP government decided to pledge its entire eye-popping surplus of $6.8 billion plus another $1.2 billion into a medical fund that progressively subsidizes elderly patients aged 65 and above. There are several good reasons to question the validity of PAP's generosity:

1) Despite its enormous $8 billion size, the Pioneer Generation Fund however does not provide free healthcare for the 450,000 elderly. The PAP government claimed that the total cost is $9 billion, but did not provide any evidence to support this claim.

2) The healthcare budget does not address the fact that the Medishield system remains inadequate in addressing Singaporeans' healthcare needs. Out of pocket expenditures are not expected to be decreased for the rest of Singaporeans.

3) Notice that the $8 billion is not going to be given away immediately to the elderly. Like the CPF, will Temasek Holdings be the caretaker of the remaining of the $8 billion fund?

So how were the healthcare needs of Singaporeans addressed? We still have to rely on the broken CPF-Medisave system and more of us will continue to be bankrupted by major illnesses. No thanks to the PAP, suicide is still an option aside from access to healthcare. There will still be people jumping or pushing their family members off their HDB pigeon holes to save their family members from bankruptcy.

As always, all these of course doesn't stop a PAP Minister who enjoyed a $8 heart by-pass surgery from jumping on the self-praise bandwagon: 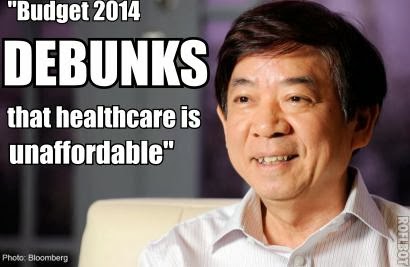 Posted by Cheated Singaporean at 15:14